Introduction: One of the first Christmas' Carols. Jesus is just 8 days old when this song of praise comes out of the lips of an old believer who has been waiting for the birth of Jesus.

I've titled this message, "Simeon's Song" because it really is a song of praise about the birth of the Lord Jesus Christ.

27 And he came by the Spirit into the temple: and when the parents brought in the child Jesus, to do for him after the custom of the law,

28 Then took he him up in his arms, and blessed God, and said,

29 Lord, now lettest thou thy servant depart in peace, according to thy word:

I. Jesus is God's salvation.

30 For mine eyes have seen thy salvation,

exp.  Jesus is the Saviour.

ill. Joseph was told - Matthew 1:21  And she shall bring forth a son, and thou shalt call his name JESUS: for he shall save his people from their sins.

ill. The shepherds were told.

Luke 2:11  For unto you is born this day in the city of David a Saviour, which is Christ the Lord.

ill. I've enjoyed watching the RAF helicopters rescue people around Scotland (Ben Nevis, North Sea) who get into difficulty. The winchman and helicopter pilots are "physical Saviours" to those they rescue. Many times they are saving them from certain death.

question: How does Jesus save his people from their sins?

A. He saves from the power of sin.

John 8: 32  And ye shall know the truth, and the truth shall make you free.

34  Jesus answered them, Verily, verily, I say unto you, Whosoever committeth sin is the servant of sin.

36  If the Son therefore shall make you free, ye shall be free indeed.

B. He saves from the punishment of sin.

Romans 6:23  For the wages of sin is death; Revelation 20:14  And death and hell were cast into the lake of fire. This is the second death.

C. Someday he will save us from the presence of sin - there will be no sin in Heaven.

ill. What if the person being rescued is unconcious and unaware of their danger. Does that decrease or increase their difficulty? It's worse because they don't realize their danger and are doing nothing to facilitate their rescue.

app.  Mankind needs a Saviour whether they realize their danger or not! Being unconscious of their need only increases their danger. Simeon's eyes were open to God's salvation.

II.  Jesus is for all people.

31 Which thou hast prepared before the face of all people;

exp.  There was nothing secret about Jesus.

A. His ministry was in public.

Matthew 8:1  When he was come down from the mountain, great multitudes followed him.

ill.  The queen meets with the Order of the Thistle behind closed doors at St. Guiles. I've enjoyed touring their wee chapel and seeing where they meeet. There are such things as secret societies and the public is unaware of exactly what takes place there.

app. Jesus ministry was not characterized by secrecy but by transparency and openess.

B. His death was in public.

John 19:16 ¶  Then delivered he him therefore unto them to be crucified. And they took Jesus, and led him away.

17  And he bearing his cross went forth into a place called the place of a skull, which is called in the Hebrew Golgotha:

18  Where they crucified him, and two other with him, on either side one, and Jesus in the midst.

19 ¶  And Pilate wrote a title, and put it on the cross. And the writing was, JESUS OF NAZARETH THE KING OF THE JEWS.

20  This title then read many of the Jews: for the place where Jesus was crucified was nigh to the city: and it was written in Hebrew, and Greek, and Latin.

exp. He wasn't murdered in secret. He was killed on a hill near a large city with multitudes witnessing his death.

C. His resurrection was in public.

1 Corinthians 15:6  After that, he was seen of above five hundred brethren at once; of whom the greater part remain unto this present, but some are fallen asleep.

ill.  7 billion people on this planet and many of them every year celebrate the birthday of this man, Jesus, who lived 2,000 years ago.

app.  Praise God, the salvation of Jesus was put "before the face of all people." Even today the news of Jesus is in abundant supply all around the world.

III. Jesus is the Light.

32 A light to lighten the Gentiles, and the glory of thy people Israel.

A. Light guards men from danger.

exp.  Light is necessary to guide people to safety.

ill. There are lighthouses all around Scotland.  Walking around the Mull of Galloway lighthouse. The light in the lighthouse illumines the danger and saves lives.

John 8:12  Then spake Jesus again unto them, saying, I am the light of the world: he that followeth me shall not walk in darkness, but shall have the light of life.

B. Light helps those who are lost.

ill. To a hill walker who has lost his way, a light in the window of a house or coming down a road is a very welcome sight.

Matthew 18:11  For the Son of man is come to save that which was lost.

app.  If you feel lost in darkness tonight, Jesus would invite you to come to His light. He is the light of the world. He brings the illumination which reveals danger and shows the way.

IV. Jesus is the stepping stone (or stumbling stone).

34  And Simeon blessed them, and said unto Mary his mother, Behold, this child is set for

the fall and rising again of many in Israel; and for a sign which shall be spoken against;

A. Some will trip on this helpful stone.

exp.  Some people trip over Jesus and can't accept who He is. Other's believe in Jesus and will rise from the dead when Jesus returns.

Romans 9:32  Wherefore? Because they sought it not by faith, but as it were by the works of the law. For they stumbled at that stumblingstone;

Romans 9:33  As it is written, Behold, I lay in Sion a stumblingstone and rock of offence: and whosoever believeth on him shall not be ashamed.

B. Some will step on this stone into Heaven.

ill. Stage 7 of the southern upland way is itself split up into stages. Under the description of stage 3 it says, " Just beyond the trees the path crosses a col between the steep slopes of Croft Head and Loch Fell ....This little col is a significant point on the SUW as it lies on the watershed of Scotland. All the streams to the west eventually end up in the Atlantic Ocean, those to the east in the North Sea.

exp. If you are a raindrop, what side of the watershed you fall on determines where you end your journey to the sea.

ill. Job - Job 19:26  And though after my skin worms destroy this body, yet in my flesh shall I see God:

V. Jesus is the sacrifice.

35  (Yea, a sword shall pierce through thy own soul also,) that the thoughts of many hearts

A. Mary's soul would be pierced viewing the crucifixion.

exp.  Simeon is speaking to Mary who will just over 3 decades later stand by the cross of Jesus at his crucifiction. How she suffered on that day - as if a sword had pierced her soul - as her loving Son, the Son of God was crucified.

B. Men's hearts would be revealed in their response to the crucifixion.

"THAT THE THOUGHTS OF MANY HEARTS MAY BE REVEALED."

note: The heart is where we decide to either accept the truth about Jesus or reject it.

9  That if thou shalt confess with thy mouth the Lord Jesus, and shalt believe in thine heart that God hath raised him from the dead, thou shalt be saved.

10  For with the heart man believeth unto righteousness; and with the mouth confession is made unto salvation.

conclusion: Simeon could say with confidence, "Lord, now lettest thou thy servant depart in peace." He was ready to die because he had taken up the Lord Jesus in his arms and in his heart. Simeon's song reveals that why he was ready to go to glory.

Jesus is for ALL people.

Jesus is the LIGHT.

Jesus is the stepping stone (or sadly the stumbling stone.)

Jesus is the sacrifice. (How you view that reveals your heart before God.)

Simeon took Jesus up in his arms and rejoiced. Our hope this Christmas is that you have taken Jesus up into your heart. If not, you can do that today. If you would like to know how to do that, we would love to speak with you about that after the service this evening. 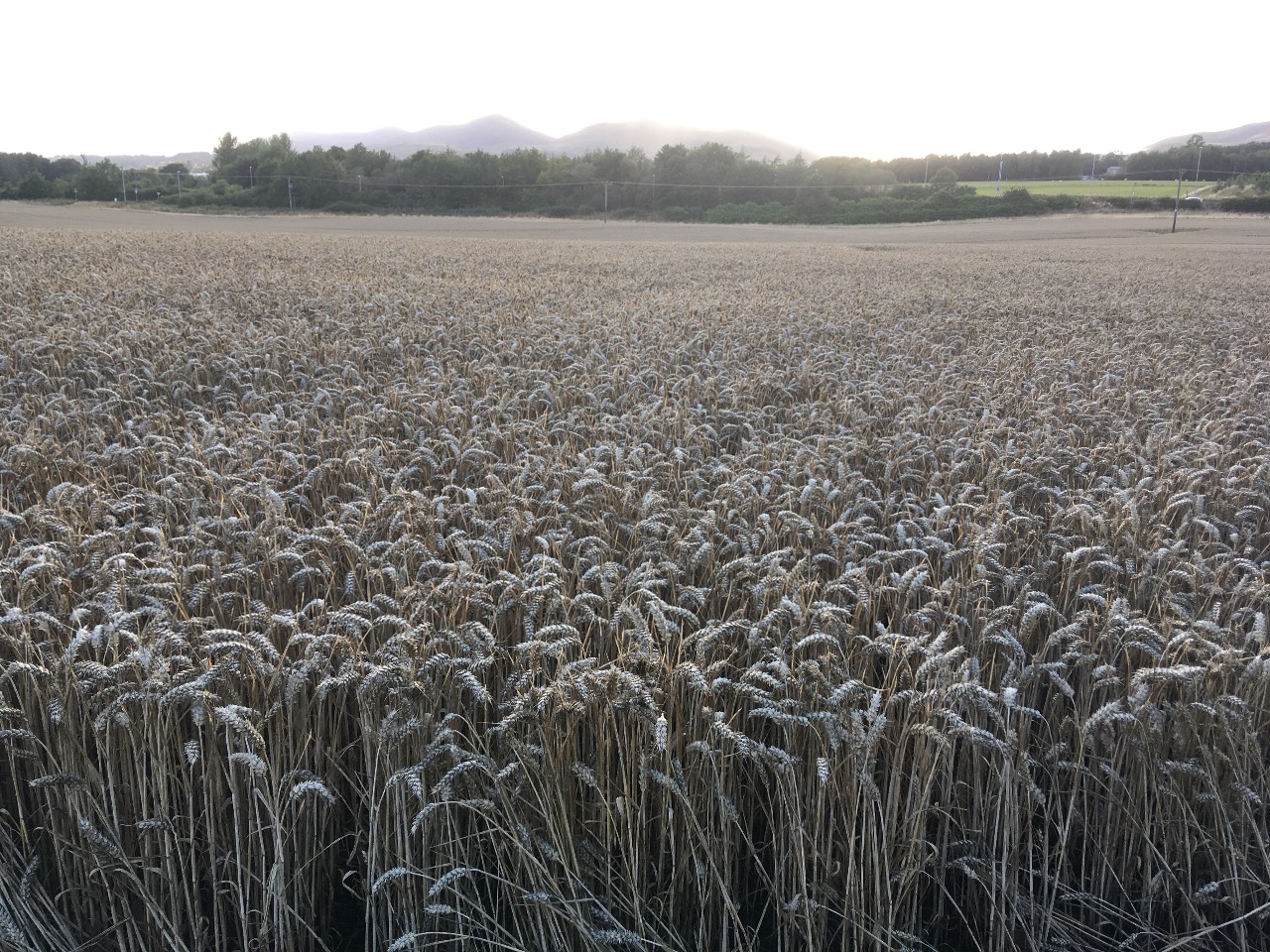